The Republican National Hispanic Assembly of New York State is an organization of concerned citizens who are inspired by the need to curtail excessive government growth, spending, taxation and regulation. Our mission is to mobilize, organize and educate our fellow residents on Local, County and State Government and to influence public policy consistent with Conservative Values, among them the defense of the 1st Amendment right and Freedom of Religion, Fiscal Responsibility, Constitutionally Limited Government and Free Markets. 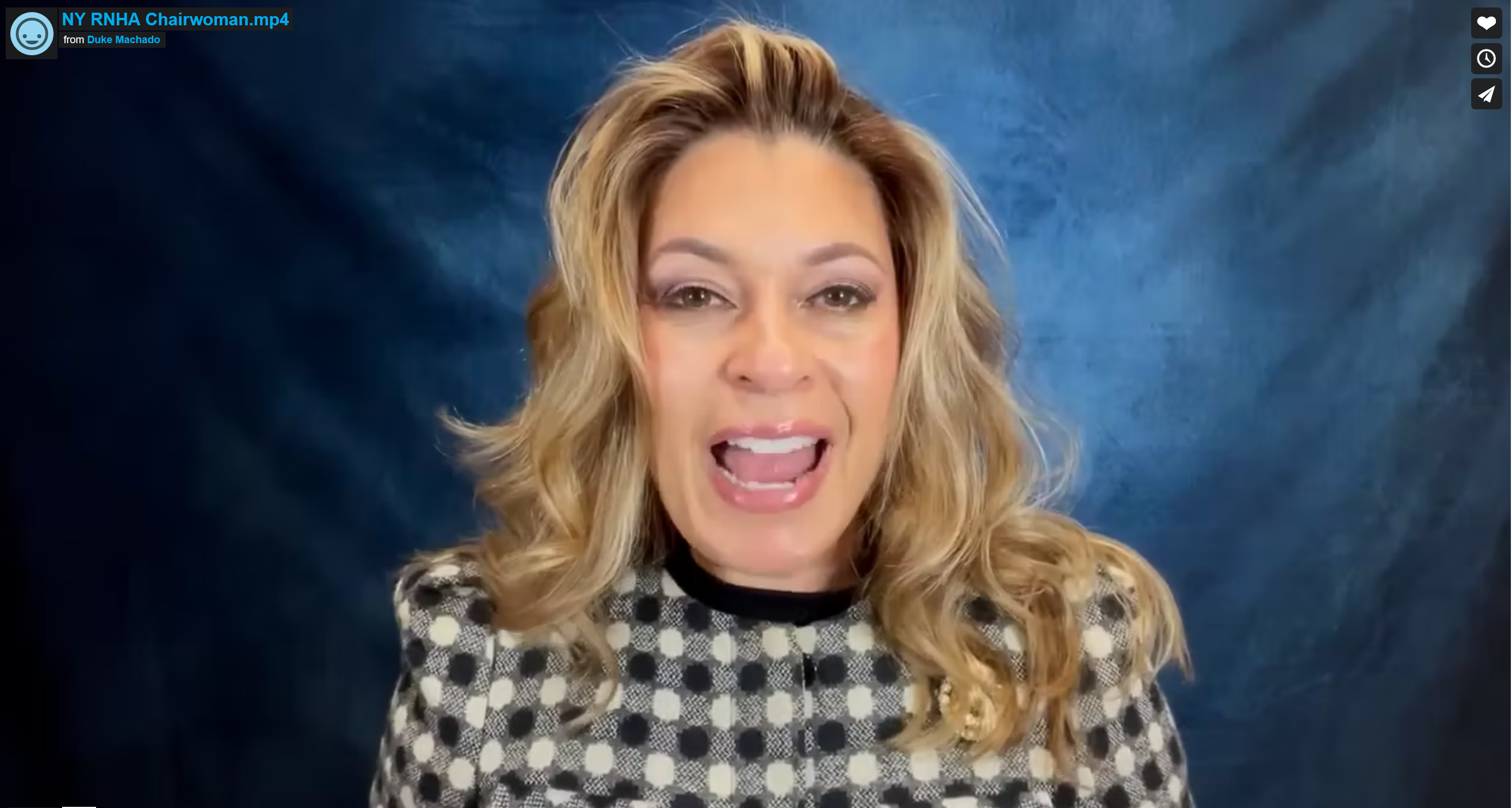 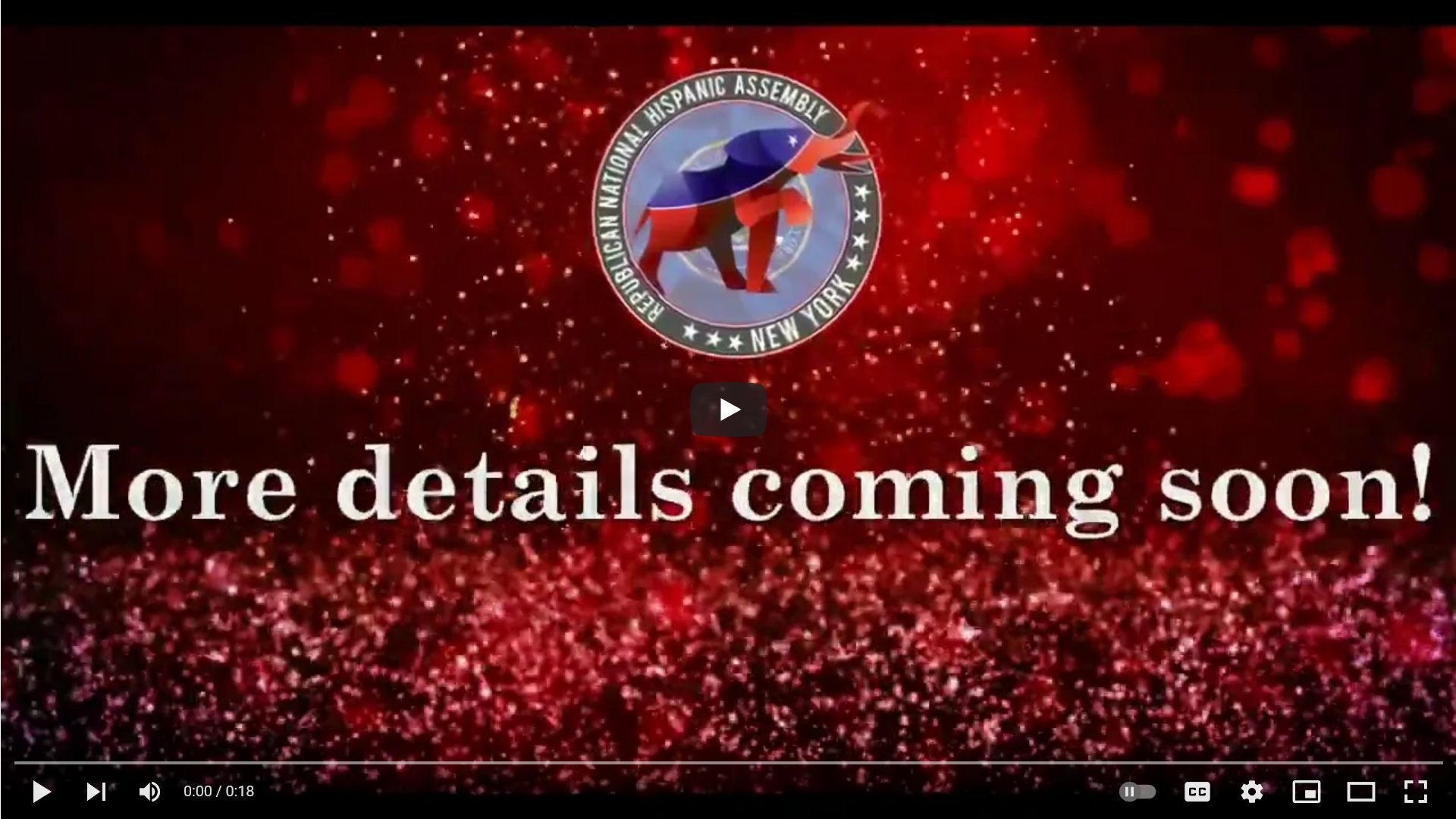 Where It All Began

In 1967, an informal meeting was held in Washington D.C by thirteen Hispanic-American men. As one participant, Francisco Vega, later recalled: “… the meeting came about by word of mouth… we were from Florida, California, Texas, New Jersey, Michigan, and several other states….” The purpose of the gathering was to discuss how they could increase Hispanic political involvement.

Although all of men intimated some kind of affiliation with the Democrats, none of them felt especially attached to any political party. Having had their offers to organize some kind of Hispanic outreach rebuffed by both the Democratic and Republican Party’s national offices, the dejected group returned to their hotel. Eventually, the gathering dwindled down to five: Ben Fernandez, Manuel Lujan, Fernando Oaxaca, Martin Castillo, and Vega. These last attendees continued to talk, bonded over their common World War II service and political ideologies, and, eventually, formed the Republican National Hispanic Council. Fernandez was selected as its first president.

The next year, the name of the organization was changed to the Republican National Hispanic Assembly with Fernandez taking up the title of National Chairman. Without formal acknowledgment from the Republican Party, the group immediately began to organize chapters in their home and surrounding states. They also managed to raise more than $400,000 by the end of 1968 which they presented to astonished Party officials. Relations between the two political entities soon warmed considerably.

President Ford with Raul Espinoza, RNHA’s first executive director, at the 1976 banquet As part of its 1972 re-election campaign strategy, the Nixon Administration sought to increase Hispanic electoral participation. In addition to others, key RNHA personnel were tapped to assist in this endeavor and the Spanish Speaking Committee for the Re-Election of President Nixon was formed. This committee has been credited an integral role in garnering more than 35% of the Hispanic vote for the President- a vast improvement over the previous three election cycles where the Republican candidate averaged only 10%. Additionally, Fernandez and Vega occupied several important positions within Nixon’s re-election campaign, in particular, the Hispanic Finance Committee.

Chaired by Fernandez, the HFC raised over $250,000 for the President in 1972. Later that year, newly appointed RNC chairman George H. W. Bush began to lay the groundwork for a more permanent organization to woo and retain Hispanic voters. In April, 1973, Bush authorized the formation of the Spanish Speaking Advisory Committee; Castillo became its national chairman. In meetings held with the SSAC in Crystal City, Virginia from July 11 to July 13, 1974, the RNHA was formally recognized and chartered by the RNC (it is also from this point that the RNHA dates its existence for organizational purposes). Since that time, it has been the only Hispanic Republican group officially affiliated with the national Republican Party.

The RNHA began increasing their public profile by holding Annual Banquets starting in 1976. President Gerald Ford delivered the keynote address at the first such event on July 29. At that time, Oaxaca was serving as an Associate Director in the Office of Management and Budget. A “Hispanic Heritage Leadership Breakfast” series was added in 1995. Later, Bettina Inclan, was hired to revitalize the group’s image. Nevertheless, attempts at increasing Hispanic participation at the highest levels of the RNC were stymied in 2009.

The leaders of several prominent Republican and Republican-leaning Hispanic organizations- including the RNHA- complained in a March 6 letter to RNC chairman Michael Steele of the situation. Despite assurances in a follow-up meeting, RNHA’s Vargas and others would report that no movement had taken place as of a few months later. Hispanic leaders also decried the state of Hispanics in the Party at an RNHA conference entitled “Future of Hispanics in the GOP.” Citing the debate over- and the Party’s stance on- immigration as the single most important issue driving away potential voters, Vargas stated: “We know that the party will not recover its majority until we get this right.”

Today, she is rallying her New York members to join the Latino StrikeForce and begin volunteering immediately in critical races in New York.

Saving Our State will not happen if we do not build broad coalitions representing all New Yorkers to support our movement. That’s why, yesterday, I visited with the South Asian community and then the Republican National Hispanic Assembly – New York Chapter before getting together with the Asian American community in Flushing, and then finished up in Sunnyside Queens with Pastors and First Ladies. ALL IN! – Lee Zeldin, Gubernatorial Candidate for NY State

I was honored to join Bruce Blakeman for Nassau County Executive at the National Hispanic Heritage Event hosted by the Republican National Hispanic Assembly – New York Chapter. We are proud to join with the organization to mobilize the Latino community to push for safe affordable communities to raise a family.
We join together to push out the GOP message that we are the party of law and order, lower taxes, and religious freedoms. We are the party of small businesses and parental choice. Let’s get the message out and on to victory this election day. That you Chairwoman Mairen Torres, Vice Chair Walter Mejia, State Secretary Jacqueline Gómez, and the rest of the board for inviting me to speak to your great organization!
Nassau County GOP

This is the team of courageous leaders dedicated to turning New York State red. Never give up, never surrender.  For God, for Family, and for Country.

Want to join our efforts? If you are interested in volunteering with our team, New York needs your help getting Conservative Republicans in office.  We have an unwavering faith that we can turn this around.

No donors yet. Be the first!

Sign up as an RNHA-NY member and get update news