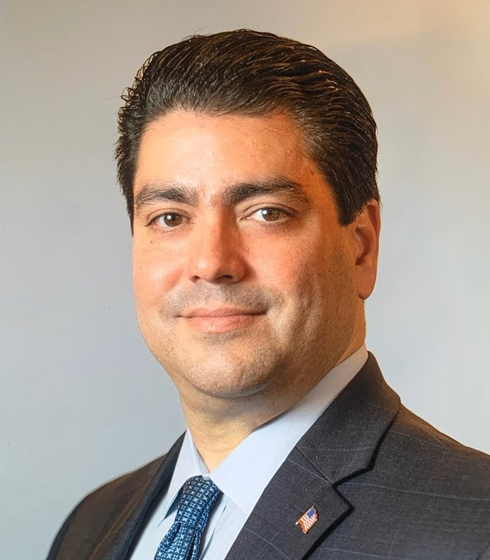 Paul Rodriguez is a global financial expert with several decades of experience funding, financing, and investing money (can you say billions of dollars?) at some of the world’s most widely recognized financial institutions. Paul brings a deep background in the field of finance, ranging from major multinational corporations to advising small businesses. As a political outsider from the private sector, Paul is running to professionalize the Office of the Comptroller and serve as a much-needed watchdog for New York taxpayers and the state’s $212 billion budget.

Paul served on Wall Street for over 25 years at various leading firms, including Salomon Brothers, Merrill Lynch, UBS, BBVA, and ANZ. He began his career as an equity research analyst, later transitioning to credit analysis and eventually becoming a global banker working with multinational corporations in the United States and internationally.

Paul was born in Queens to working-class Puerto Rican parents. His father served as a Vietnam-era Marine combat veteran and his mother as an executive assistant. His parents separated when Paul was an infant, and his mother relocated them to Puerto Rico, where he lived for 10 years before moving back to the States. Paul learned Spanish as his first language and has worked and traveled throughout Latin America and Europe during his career.

Like many New Yorkers, Paul experienced the struggles facing single-parent households and learned early on the value of hard work and contributing to the family. During his studies at Northwestern University, he served as a Midshipman in the Naval ROTC program. The grit and determination he developed as a young boy has served him throughout his life, later helping him beat cancer.

Paul has always had a passion for service. He is a past Executive Board member of the Manhattan Hispanic Chamber of Commerce and the Brooklyn-Kings County Hispanic Chamber of Commerce. He is also a past president of the New York Young Republican Club. He ran for Congress against Rep. Nydia Velazquez in 2004 in one of the most culturally and ethnically diverse districts in New York City, encompassing Brooklyn, Queens, and Manhattan. In 2021, Paul was the Conservative Party nominee for New York City Comptroller. He most recently served in the Archdiocese of New York, managing their extensive multi-million dollar fundraising campaigns.

In addition to his studies at Northwestern, Paul earned a Bachelor of Arts in Economics and a Certificate in Global Policy Studies at the University of Georgia. He also completed a Fellowship in Economics at Stanford University. He lives in Brooklyn with his wife of 17 years (Rocio) and two of his three daughters, aged 10 (Natalia) and 14 (Ana Sofia). His oldest daughter, aged 26 (Gabriela), lives in Puerto Rico.

No donors yet. Be the first!

Sign up as an RNHA-NY member and get update news